From the dry of Western Australia’s Swan Coastal Plain at the end of summer to the Sunshine Coast hinterland in Queensland – a long way and a world apart.

It’s a work trip, but nonetheless there is time for nature – mostly incidental, because in a leafy town like Maleny, in humid, bursting-with-life-Queensland, there’s bush and birds everywhere. 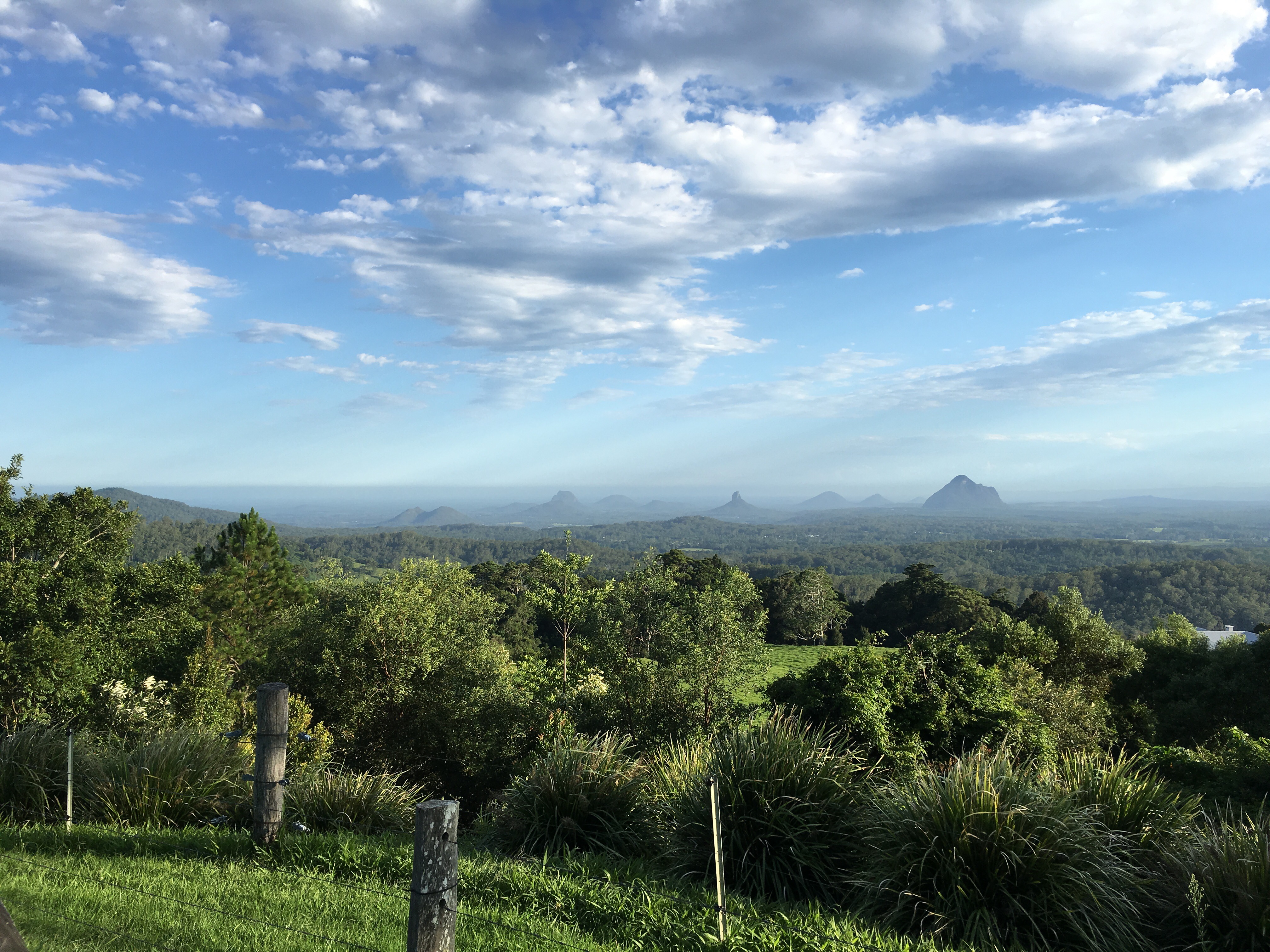 The Glasshouse Mountains, seen from Maleny. 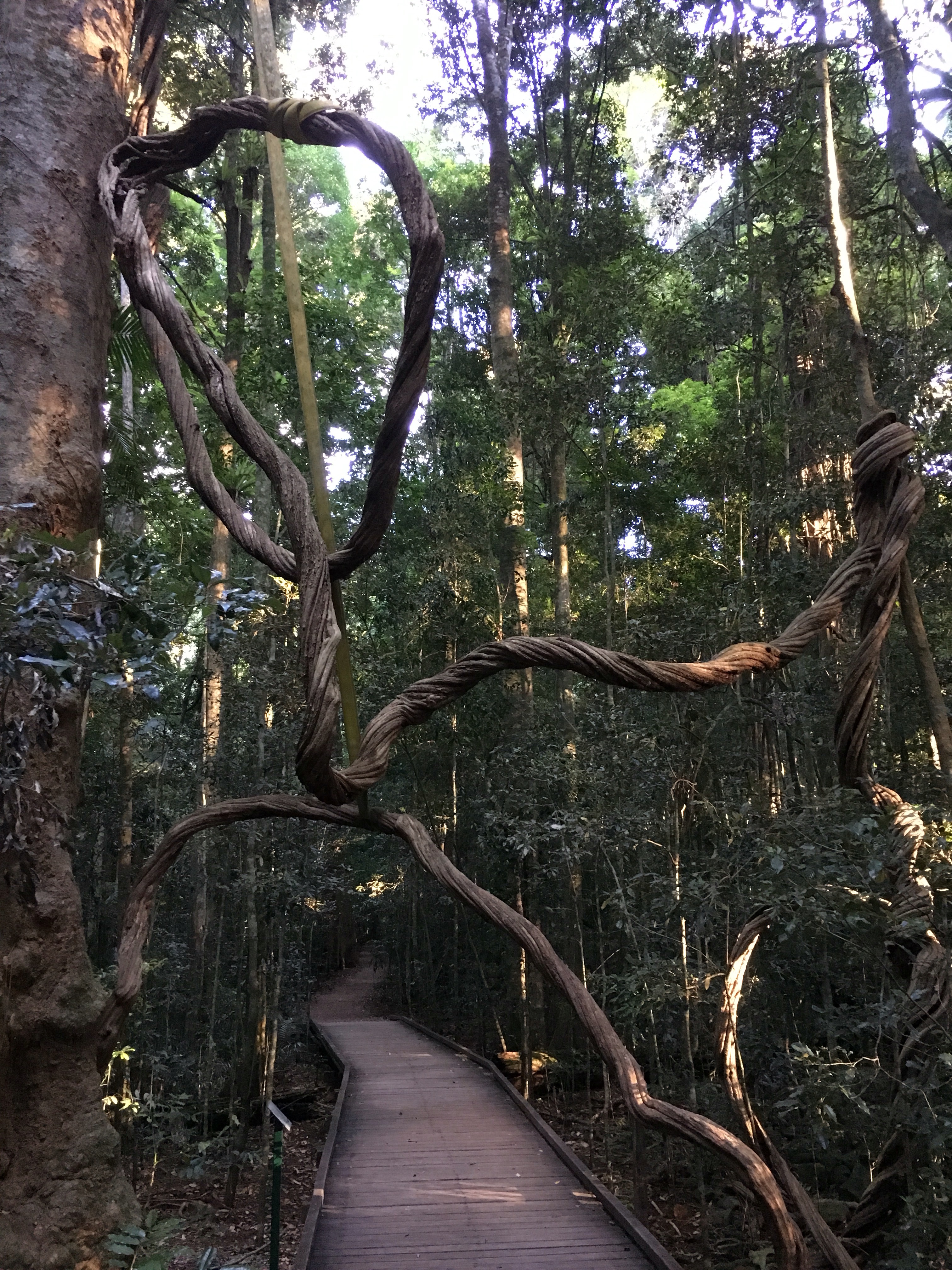 Mary Cairncross Park, with vines thicker than my arms. Birds everywhere – my colleague stops often to listen and point out their individual calls. Most of what we hear we do not see.

A pademelon in Mary Cairncross Park

Now, after a week of meetings I’m waiting at Brisbane airport to return to WA. Conversations this week have brought to the forefront of my mind – once again – questions of connection to place. As always with new people, I must explain why I say I am “from” Fremantle, yet also “from” East Gippsland. Having many layers of identity when these layers refer to two different, faraway places seems odd to others.

Often, it takes too long to really explain what I mean. According these two places the status of “I am from here” does not seem to do justice to either. For one, it neglects the years of family history that count for as much as my own years there. For the other, it neglects the choice to return, nearly two years ago now, many years after leaving for new places. Yes, to some degree I have come home, but the other home remains, the feel of the land there waiting to be recalled, remembered – revisited.